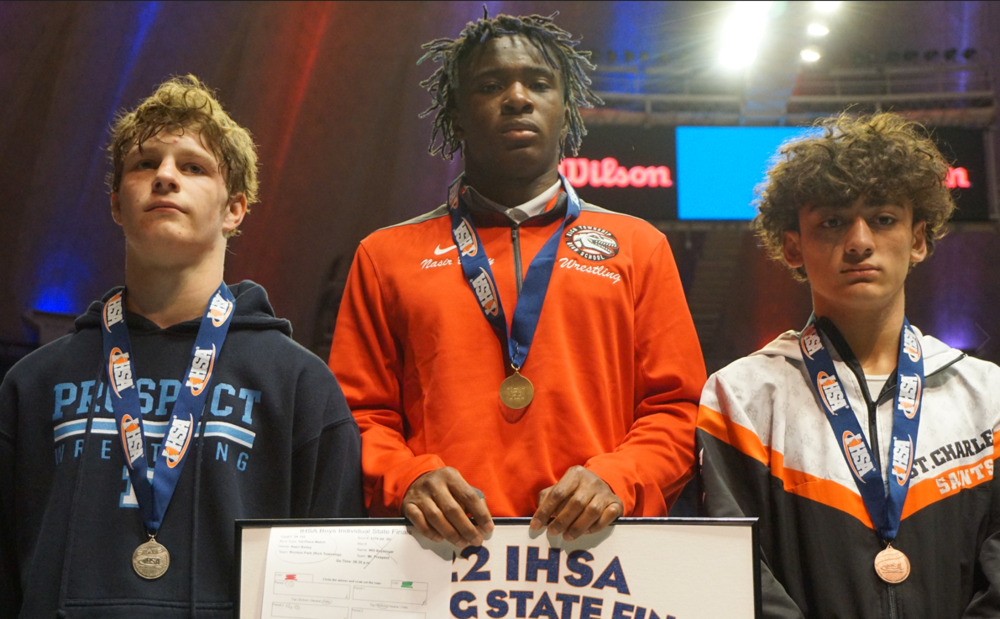 MATTESON, IL - On Saturday, February 19th, Nasir Bailey became a 3-time state champion by winning the 132-pound 3A state finals match, 6-2 against Will Baysingar from Mt. Prospect High School, ending the season with a perfect 42-0 record.  This monumental accomplishment marks the first state championship for Rich Township since the district’s consolidation in 2020. Along with Nasir’s state championship this year, he was also awarded the Tony Ramos, 3A Most Dominant Wrestler Award. This is the inaugural year for this award.

One word encapsulates the season that Nasir Bailey had this year: Astonishing,” said Head Coach Alex Pell. “I am extremely proud of the way he not only wrestles but in the type of young man he is. The best part, he is only a junior. I'm excited to get another year to work with a special talent like Nasir.”

Nasir plans to continue his academic and athletic career at the University of North - Chapel Hill once he graduates.  He will be joining his two brothers, who are also wrestling at the university.